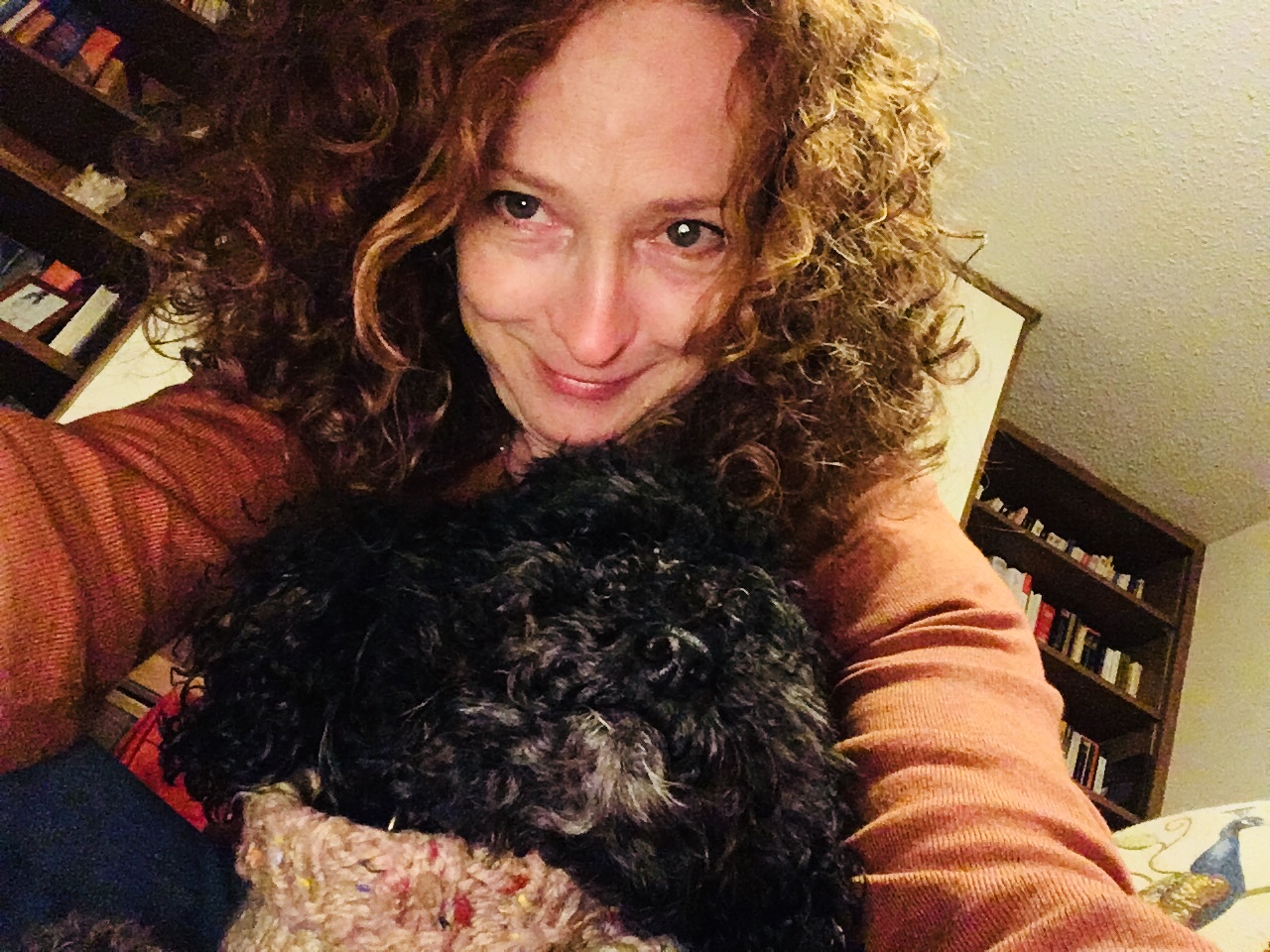 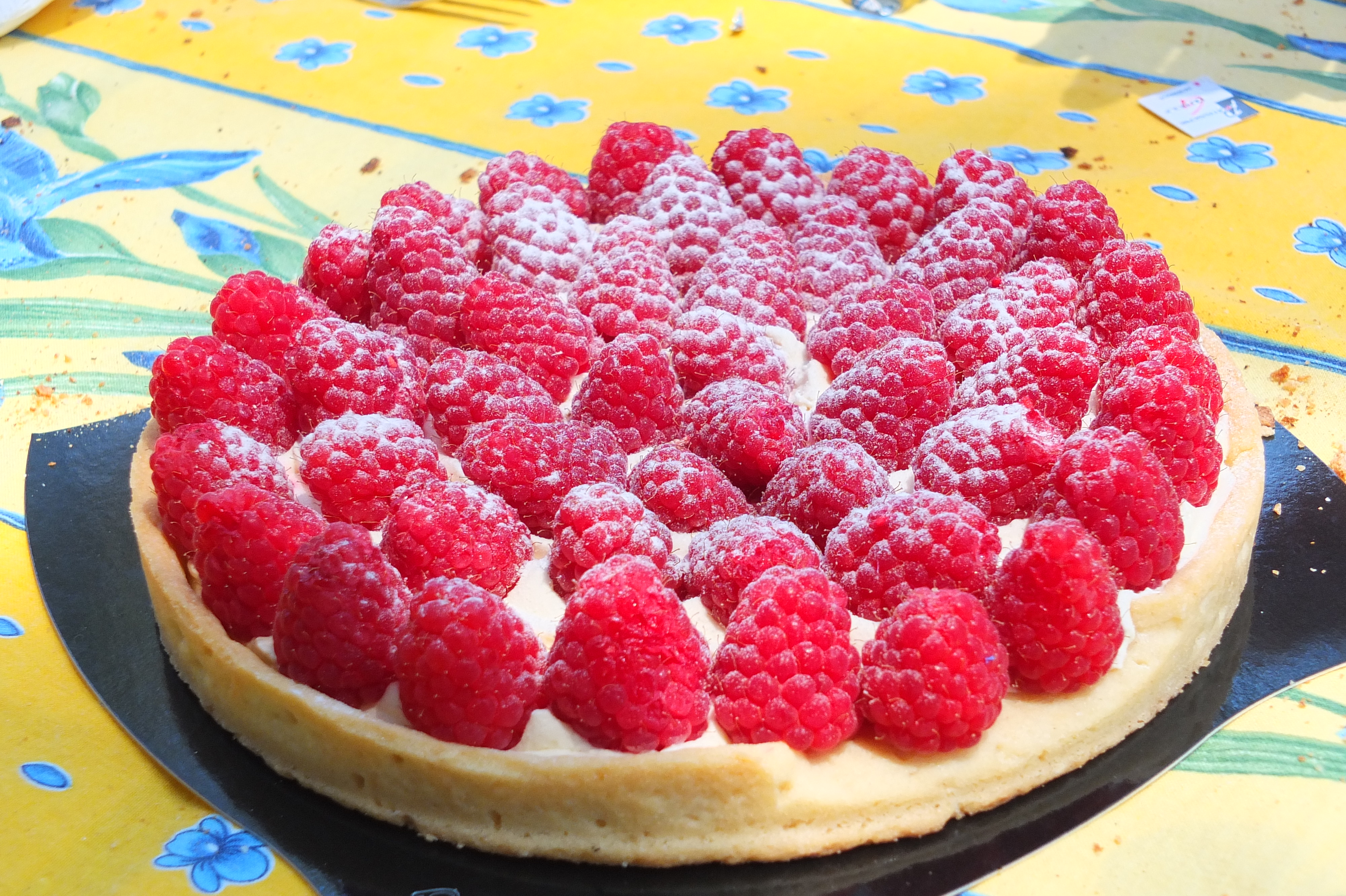 How falling in love in France caused me to learn about one of the deeply secret pranks of May Day in the Southwest region of les Landes.

And all you need to know to properly celebrate, share and congratulate in the language of savoir faire.

Bonne fête can be used for just about any holiday; birthdays, saint's days, Hanukkah, Easter, the Solstice. You do not even need to conjugate it, isn't that delicious? It just means; good feast day/holiday.

Felicitations! is for congratulating, and in France, one's reasons for celebrating are many and varied. For example, in our region of France, someone's retirement, graduation or another of life's grand milestones, means friends and family may gather in secret in the dark of the night, on April 30. For what?

It is to cut down a pine tree (do not be concerned, the forest is large and the resource is renewable and renewed), decorate the heck out of it; huge wreaths and garlands of paper flowers and a large sign proclaiming: Honneur à notre...fill in the blank; aunt, neighbor, friend, colleague. The honored one will awake to find it "planted" in front of the home on the morning of May 1st. It is a sign of esteem, friendship and love. It also means that designee has the obligation to invite everyone over for dinner before the wreath fades away, more or less a year.

The first and only time I was ever part of one of these plots, I was simply along for the ride, because I was head over heels in love with one of the guys leading the offensive. Thierry and his prep-school* cohorts had the poor "pin", or young pine tree, cut and ready. All we needed to do was have a beer and paint the sign. Next up, the paper flowers, shovel, wires, hammer and nails were tossed in the back of someone's parents' utility truck, along with me, holding the almost-dry sign, half a dozen others, and the tree. Three other people were assigned to hold onto the tree, as its trunk stuck out the back by more than a few feet. Two held the door shut with a rope and the rest were driving, guiding and shushing everyone not to disrupt the quiet of the night. I had absolutely no idea what we were doing, why nor for (to?) whom it was being done. The house was located, the hole duly dug, and breath held as we laughed our heads off silently while attempting to get the sign nailed on, the garland strung and attached, and the totem tree erected. As we left, there was satisfaction, glee, and then regret expressed, as I would not be there to enjoy the meal their friend would have to provide in the coming months. I was soon to be back in the States. Ah well, c'est la vie. My host-mama was a bit dismayed by the pine resin that would not come out of my clothes and the black paint stain on my bum...but she understood where I had been that night, and she had to laugh despite herself.

Not the best photos, but as stealth is key, they are complicated to acquire. 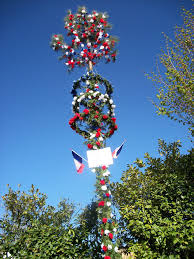 If you are invited to souffler les bougies for a friend, it means a birthday celebration, and you can either wish them a Joyeux Aniversaire or Bonne Fête. There will be much lifting of glasses and calling out: à la votre!, santé! and chin-chin. (To you! Health! and Cheers!).

I may have exaggerated a tiny bit with my last expression: Resers-la, elle meurt de soif! but not greatly in a land where champagne is popped at every excuse, er; occasion. That is to say; "pour her another glass, she is dying of thirst". To replace the she with he or non-binary they; you may use; resers-lui, il... or resers-euli, iel meurt de soif.

Whether you are invited to share in a celebration in Cameroon or a small village in Brittany, the day will center around food, laughter and joy. The polite thing to do will differ from table to table, but what will not vary is your host's pleasure in seeing you relish what is offered, staying with them to the end of the evening, and participating in the festivities. What can you say to return the love and friendship offered? Merci, merci, (thank you!), je vous remercie (I thank you): (formal or to more than one host), je te remercie (to a friend), je te/vous remercie de tout coeur (with all my heart). Voilà.

*Note on "prep school": used in France to designate a hardcore, 2-year intensive program in a specific area. These particular students were all in the Superior Mathematics Course, year Two, and they had perfected the practical joke out of sheer survival. The stories I have heard...another day.